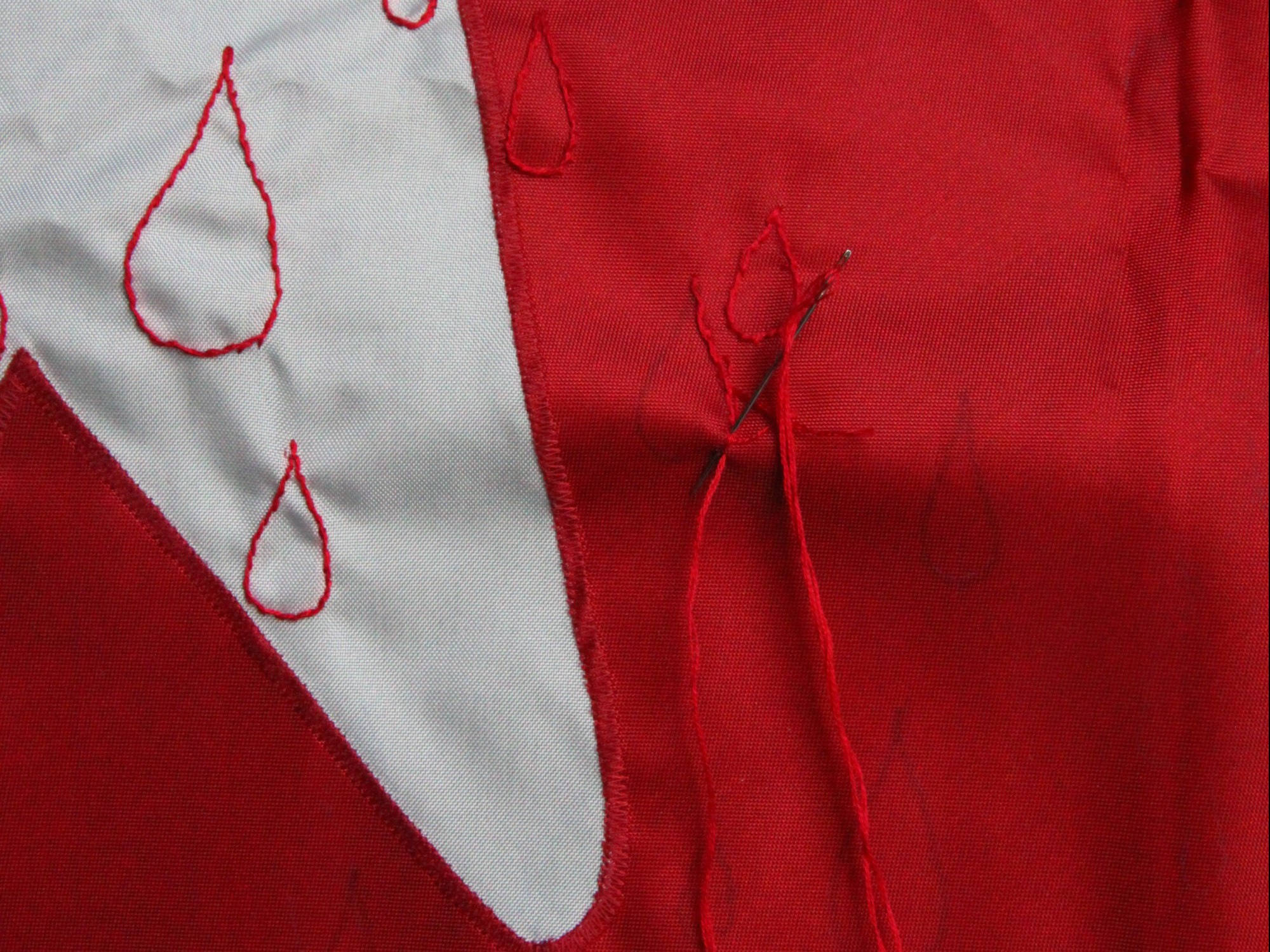 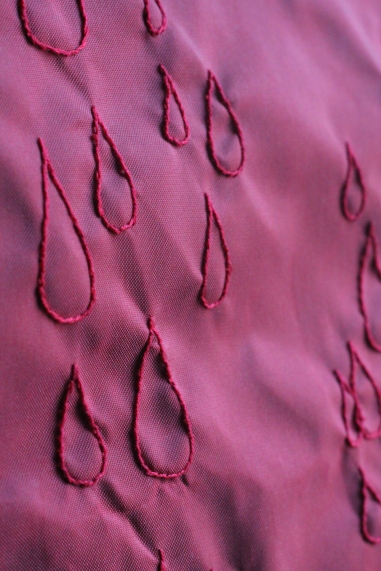 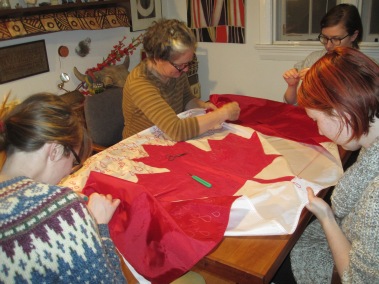 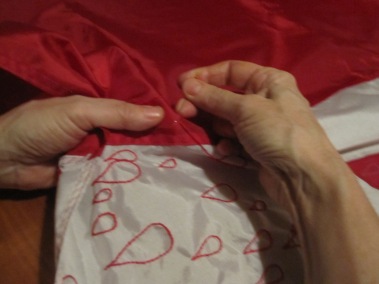 Few of the world’s flags exude the aura of wholesomeness than that of Canada’s distinctive—and distinctively friendly—Maple Leaf. Inaugurated in 1965, Canada’s new Maple Leaf replaced the British Union Jack, symbolizing the birth of a new nation unstained by its colonial past. Under the reign of the Canadian Maple Leaf, a documented 1200 Aboriginal women and girls have been murdered or gone missing. For decades these murders were met with denial and indifference on the part of authorities and the general public.

Today, as the result of the sustained labour of Aboriginal community activists, artists and scholars the issue of Canada’s murdered and missing Aboriginal women and girls has been brought to the arena of public discourse and conscience. But despite growing national and international pressure Prime Minister Harper steadfastly refuses to call for an inquiry.

Flag of Tears takes its name from the Highway of Tears—an 800 kilometer stretch of Highway in Northern British Columbia where an estimated forty (mostly Aboriginal) women and girls have gone missing or been found murdered. Part mourning ritual, and part meditation on the stains of the Canadian nation Flag of Tears embroidery circles invites participants into a conscious reflection on the consequences of our forgetful narratives of Canadian nationalism.

In addition to hosting a participatory Flag of Tears: Lament for the Stains of a Nation embroidery circle at the PCAC conference I will also present a paper titled, “The Canadian Maple Leaf: From Mascot to Palimpsest.”

“Factory is excited to launch our NAKED SEASON and challenge some assumptions about the Canadian canon. By both displaying FLAG OF TEARS in our glass-walled lobby and by inviting audience participation in the craft circle to create their own tears, as well as engaging with imagery from the season to be embroidered onto Canadian flags, we are interrogating through direct experience, encounter, and performance the meanings of that flag, which are deeply tied to the same nationalistic impulses that we hope to challenge with our upcoming season.” 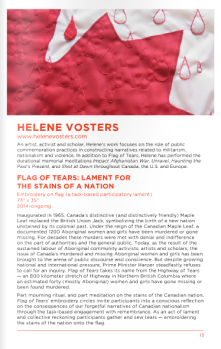 I love this photo (below) I found on  The Purple Scarf, a blog by Melanie.Ps. May we all so deeply ponder (and critically reflect upon) our symbols of nationalism. 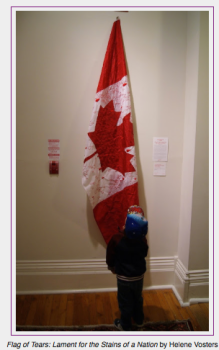 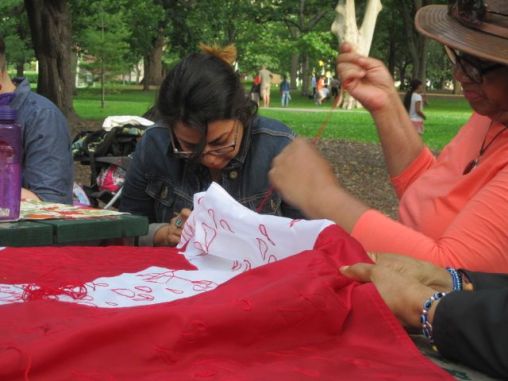 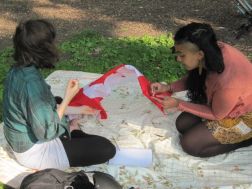 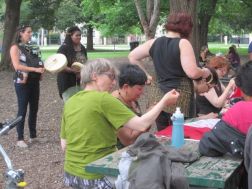